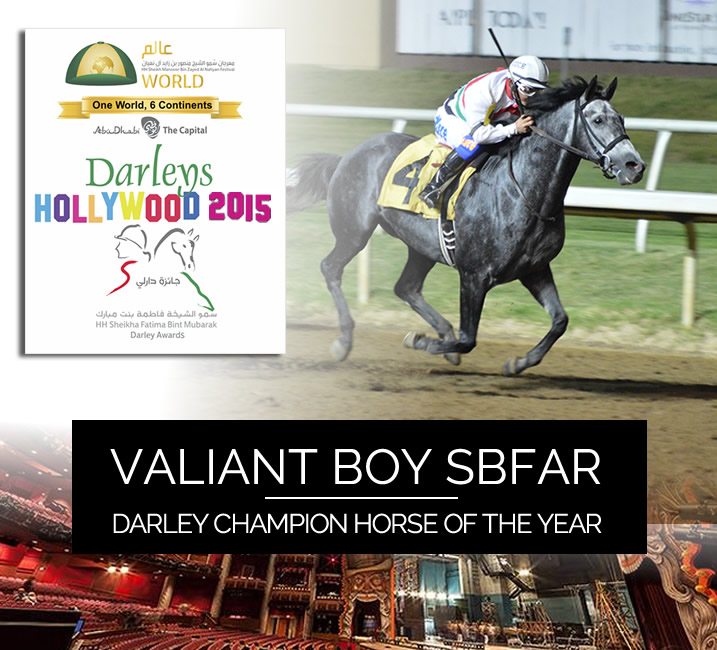 April 6, 2015, Los Angeles, CA - Valiant Boy SBFAR topped off an undefeated season in 2014 by winning his second Horse of The Year trophy (he also won it in 2012) as well as one for Older Horse, at the 28th annual Darley Awards sponsored by the HH Sheikh Mansoor Bin Zayed Al Nahyan Global Arabian Horse Flat Racing Festival and held at the Dolby Theatre.

Racing in the U.S. for Guy Neivens and trained by Elizabeth Merryman, the handsome grey seven-year old won 3 graded races (2 grade 1), set a new track record and earned almost $129,000 in 2014. He was bred by HH Sheikh Tahnoon bin Zayed and imported from France. Racing manager Sharon Clark graciously accepted the golden statute remarking at what an honor it was to be around the horse.

Leading jockey Kristen Swan was tremendously excited to win Champion Jockey. “Arabians are so honest. I love them,” she said. Swan regularly rode for Lynn Ashby who won for Outstanding Trainer – the record seventh time she has claimed this title, but the first since 2002. Dianne K. Waldron, who commented that Arabian breeding and racing was her passion, earned her third Darley for Outstanding Breeder, and Valiant Boy SBFAR’s owner, Guy Neivens, was named Outstanding Owner.

The next evening, the 2015 HH Sheikha Fatima Bint Mubarak Annual Darley Awards Gala Dinner was held at the Beverly Wilshire Four Seasons Hotel. The highlight of this fantastic evening was the 22nd annual Arabian Racing Cup Stallion Breeding Auction, which attracted international attention on the 10 coveted breedings. The bidding was exciting and a total of $71,800 was raised to support the Cup’s racing and breeding incentive projects. The highest bid of the auction was $40,000 for a breeding to top stallion Munjiz, bought by Lara Sawaya. 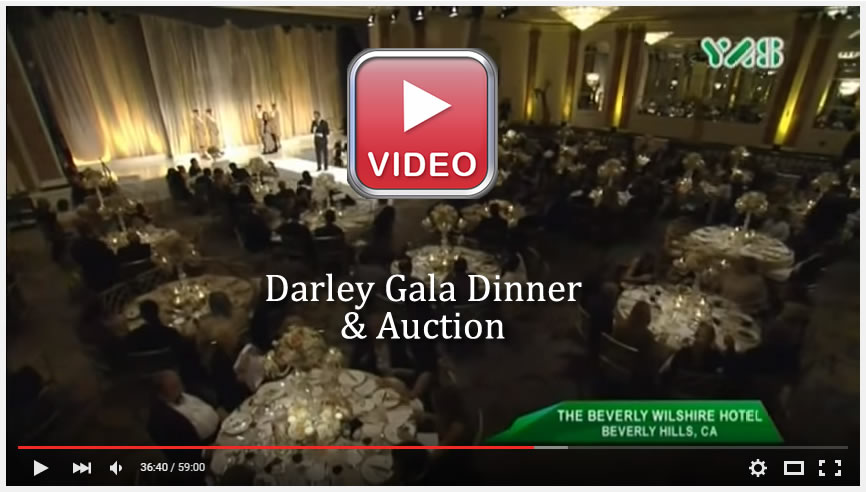 Denise Gault, Chief Steward, remarked that all of the stewards were “excited to continue the Arabian Racing Cup tradition and we are once again honored by our main sponsor, the HH Sheikh Mansoor Bin Zayed Al Nahyan Global Arabian Horse Flat Racing Festival for their participation in this most prestigious event.”